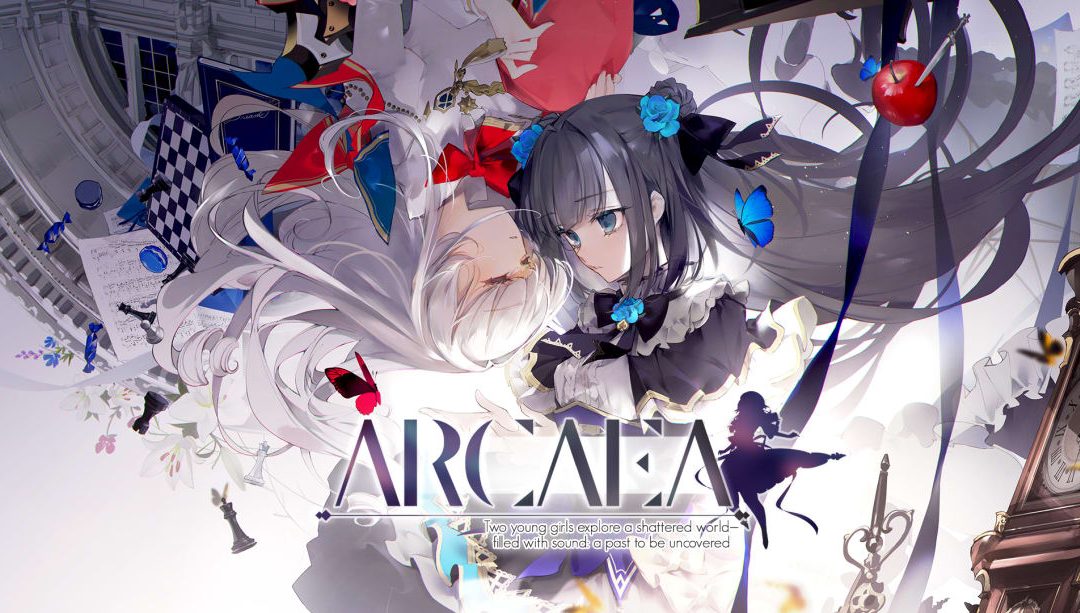 I have a lot to say about what I consider to be my favorite mobile rhythm game made to date: Arcaea.

For the last couple years, Arcaea’s been my main mobile rhythm game. Despite easy access to most modern BEMANI titles, I duct-tape my iPad down to a table to grind Arcaea. Why? In this review I am going to cover the game’s positives and negatives, its main draw, and why I appreciate the development team at lowiro, the company behind the development of Arcaea. I want to share that as of this writing, my potential rating in the game is 12.00 (The highest whole number rating you can currently get in this game, true maximum is in the 12.8x range), with hundreds of $$$ spent and likely a couple hundred hours of gameplay since late 2019. I have everything that isn’t a non-event character unlocked and am chomping away at the remaining EX’s I need to EX the entire game. To say I love this game is an understatement, but also I consider myself fairly informed with the game as a whole to write a review.

I have some backstory before I begin. System Arcadia held its last in-person show ‘For UltraGamers’ at the Machine nightclub (now defunct, a sad casualty of COVID-19) during the weekend of PAX East 2019. Not only was Arcaea commission artist Akira Complex the headliner, but the entire Arcaea team was dancing at his set along with the rest of the club. I know many of the Arcaea team personally; getting to meet Nitro and Guy in-person was a treat, and anytime I see k//eternal in person it’s always chill. k//eternal in particular is a long-time community member; he was the mastermind behind the amazing StepMania 3.9 Happy Sky theme I cherished as a teenager and we’ve spoken here and there throughout the years online.

Back to the main subject: What is Arcaea?

When you start the game, you see this text:

“Two young girls wander in a broken world filled with remnants of its former self: Arcaea.

Arcaea are melodical shards of the past that call out to the girls, but each chooses to be experienced only by one or the other. Over time, the girls begin to notice inconsistencies in the Arcaea that choose them and develop conflicting views about the world as it once was.”

BEMANI luminary Naoki Maeda said in an interview a few years ago promoting his new game SEVEN’s Code that in an age of AAA games, it’s hard to get new people into rhythm games, especially in the United States. The mainstream audience enjoyed Dance Dance Revolution, Rock Band and Guitar Hero, but they moved on. Immersive games with in-depth stories attract more attention than mechanics-focused games that require a lot of practice to master. Developers need to balance mechanics and story to engross the player. Arcaea I believe has found that happy medium. As you clear songs and unlock content in world mode, you unlock story items alongside that you can read at your leisure. However, there is one example in the game where you need to read an entire chapter of content as you clear increasingly difficult songs, ultimately leading to the current hardest song in the game, Tempestissimo!

Arcaea’s mechanics balance familiarity with uniqueness. The game’s playfield and notes are similar to games like Guitar Hero or Sound Voltex, but function differently. The notes and holds can either exist on the lanes or in 3D space, which tie in with the touchscreen nature of the game to make unique charts. With the 3D space offering lots of play area to chart, there are lasers and sky notes in the game as well. Lasers are similar to the knob lasers found in Sound Voltex, however instead of turning a knob you will use your finger to trace the laser as it comes down to you. Sky notes are just regular notes that appear above the lanes that you hit as it crosses over the “sky zone” line.

Arcaea works well on both mobile phones and tablets. Outside of a few charts at the very high end of the game, you can play the entire game with just two fingers or two thumbs. It is even possible to manipulate the timing window of those charts by sliding your thumbs quickly, as demonstrated in this crazy video:

The game’s mechanics create a strict structure for charting, but within that structure, the songs and charts synergize well. The charts are intuitive and flow well; as you progress in the game, the charts grow more complex while not overwhelming the player. Every note and laser that is placed has a reason to be there in terms of complimenting the song

In Arcaea’s main mode, World Mode, you progress through each world and unlock characters and songs. Each world is made up of pathways which require a set number of “steps” to traverse. Factors such as passing or failing a song, the song’s difficulty level, the level of your equipped character, and your stage score affect progress through each pathway. Regardless, you can only progress as long as you have enough energy, whereupon you have to wait about six hours for it to replenish, or pay for the game’s premium currency called “Memories.”  You can buy 100, 510, or 1020 memories at a time, costing $1, $5, and $10 respectively on U.S. app stores. Memories can be used to boost World progression, as well as buy additional songs and song packs, too.

The energy mechanics make World Mode progression tedious. If you’re really patient, then you can play most of the game’s content for free. The choice of waiting or paying makes the unlock system tolerable. In my opinion, I do not mind paying for the game’s quality content. In comparison to some mobile games, the micro-transactions on offer here are fair and not especially predatory.

The visual theme of the game is very evocative of beatmaniaIIDX 22 Pendual. From the color scheme, to the duality of the light-path and the dark-path girl mascots, it all comprises a wonderful spiritual reference. Arcaea’s Past, Present, Future, and more recently, Beyond difficulty setting names are also a reference to Pendual’s visual motif of time travel.

As a music game, Arcaea’s main draw is the music! There are many new and familiar faces in Arcaea’s songlist. If you’re someone that plays Japanese rhythm games, you will notice some familiarity in the artists you’ll see in the game. Just to name a few:

This looks like the lineup from a Sound Voltex or beatmaniaIIDX title! This is just a sample of the crazy lineup this game has to offer. As of this writing, there are 235 songs in the game, the majority of which are originals for the game. There are also crossover packs from games such as Wacca, maimai, O.N.G.E.K.I., Chunithm, Groove Coaster, Tone Sphere, Muse Dash, Lanota, and Dynamix!

Here are my top song picks in Arcaea, factoring in both the song and chart together.

5. Libertas: An amazing track from Zekk. Really fun buildups and a great piano breakdown towards the end of the song with lots of 16th note streams.

4. Metallic Punisher: A banger from INNOCENT NOIZE that has a very technical Future chart with shuffle jacks (Same note multiple times as a 16th note stream but meant to be hit with two fingers) and fun lasers.

3. Ringed Genesis: The most difficult hardstyle track in the game, made by Edelritter (A collaboration between Nhato and Taishi). Very technical chords and crazy crossover patterns with lasers that push the boundaries of how much you can cross your hands.

2. Xeraphinite: A recent addition to the game. An absolutely beautiful trance track by BlackY with a chart that switches between normal and sky notes a lot.

1. La’qryma of the Wasteland. By far the best song in the game in my opinion. I am a sucker for DJ Noriken and when I found out they made a Beyond chart for it I was so ecstatic, as the Future chart I felt was too easy. Chart includes fun 24th note bursts during each build-up and really technical rhythms to follow during the chorus.

I wish to give an honorable mention to Memory Forest, because it’s a beautiful character song in the game made by ETIA. The percussion is unmistakably his work, but it sounds so elegant and has a unique vibe to it.

There are very few complaints or concerns I have about this game but there is one glaring issue with the UI I wish to address. With the understanding that this game is about two girls who each have their own color palette for the gameplay screen, and that’s a unique feature of the game, my gripe is with every song that forces a white lane background in-game, which is about half the songs. I suffer from being colorblind and bright colors blend together easier for me as a result. From the blue-ish colored notes and the shadows from the air notes on the lane, it makes reading charts a lot harder and I always take longer to learn them and have to memorize certain parts of songs to do them. Fracture Ray before the 3.0 update was the last 11 in the game for me to AA, and it was only because the white background made reading the chart a real chore. There are certain songs that have an alternative background, like brown, or black. The black one is actually exclusively used in Tempestissimo, and I wish I could always use that lane background. It’s so good on the eyes and I would have a much easier time scoring at the high levels if I could do this. I hope lowiro considers my request if they read this review. One last thing to say here is the colorblind mode for the lasers is amazing and I make use of it.

The last thing I want to go over is the current new user experience when you first install the game, so I can explain what you get when you install this for the first time and what you can get away with before spending money. This is based on version 3.11, screenshots taken from a Google Pixel 5a.

I want to share one piece of advice for those looking to get into the game seriously and want to know the optimal path towards unlocking content is. The best advice I can give you is to unlock the character ‘Grevious Lady Taritsu’ as fast as possible and then use that character to go through World Mode. This character comes equipped with a harder life gauge but if you clear songs using her in World Mode, you will progress faster than almost every other character can in this game. You can see the information on how to get her at the unofficial Arcaea Fandomwiki. This website is the #1 resource for anything related to Arcaea, from unlock requirements to character lore and various information about the game.

In closing, I want to congratulate lowiro for their amazing success with Arcaea, and for getting a port of their game released on the Nintendo Switch, which has touch-screen gameplay as well as joy-con mode for a fresh experience. Your potential rating (Rating system similar to Volforce in Sound Voltex or DJ Points in beatmaniaIIDX) is separate between game modes as well. It’s selling for $40 on the Nintendo Store now if you want to experience it on your Switch.

Things are looking bright for Arcaea and I hope you’ll give the game an honest shot to see if you like it. You can install it from both the Google Play Store and Apple App Store. Thank you for reading and I’ll see you at the next review!