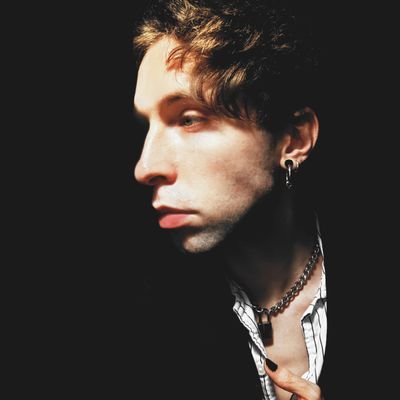 In anticipation of his performance at Horizon, we interviewed the producer and DJ T2Kazuya of Florida, United States. His music has been in games such as ReRave, StepManiaX,and Arcaea.

How did you start making music?

I have always enjoyed dance music from an early age; from listening to my sister’s Jock Jams compilations, to hearing it on the radio daily as a student, to the eventual interest in producing it myself.

I was 14 when I was introduced to the Sony music software ACID, a program that allowed multitrack recording, as well as arranging pre-made sound loops to create music. This ended up quickly becoming a hobby when I found out I could share these creations to various online communities, who would leave comments and reviews on your song posts. Getting into these communities sparked an obsession with electronic music genres. I listened to the music of fellow producers, internet radio DJ sets, reintroduced myself to certain video game soundtracks, and got a feel for rhythm and timing through video games like Dance Dance Revolution and Stepmania.

I was hanging out at a friend’s house when I came across “Happy Hardcore” music for the first time, just by chance while digging through ACIDPlanet song charts. I thought the genre name sounded funny, but I gave it a listen, and fell in love with its speed and complexity. I learned about “oldschool” and “upfront” Hardcore at the same time. Throughout 2005-2010, I really got into using social media as a means of sharing my music, which at the time was just Myspace, ACIDPlanet, deviantART, anime and gaming forums, music production forums, and chat rooms. I migrated around and ventured into multiple scenes, including Happy Hardcore, UK Hardcore, and Japanese Hardcore, attempting to build a name for myself in each.

You moved from NY to Florida recently?

Yes, just a few years ago. Instead of sewer rats, there are sewer gators. It’s a contrastingly different change of scenery. It’s very hot, but I do enjoy the bike paths and parks in my area.

What is your software of choice?

I have been using FL Studio since 2005, and really enjoy its straight-forward user interface. I am currently learning how to use Ableton Live as it is the ‘industry standard,’ as it would be good to learn anyway, but I would consider FL Studio 20 my main software choice. For live performances, I use Serato DJ. I also enjoy its straight-forward user interface, but it’s also one of the few programs actually compatible with my controller.

What are your VSTs of choice?

My favorite VSTs to use at the moment are Matt Tytel’s “Vital” and LennarDigital’s “Sylenth1.” I could not complete a project without them. Sylenth1 is mostly used for my leads and chords, while Vital helps more on the bass synthesis/sound design end. Before these, Massive was my go-to for all musical elements for a long time.

What is your hardware of choice?

All of my music is produced on an ASUS Rog Strix G laptop and Mackie MR824 monitors. The setup I have now is a significant improvement from my previous few setups used from 2007-2014, which have mostly been a variety of Dell laptops. I enjoy using a laptop because of its portability. For live shows, I use a Pioneer DDJ Ergo-V controller.

Tell us about your earliest release on Discogs, DJ T2Kazuya vs NamelessGabberTeRRoRizT

This release was actually a promotional CD handed out by the mydjsobad booth at Fanimecon in 2010, filled with J-Core-related remixes and original songs. NamelessGabberTeRRoRizT, which was named loosely after the Bastard Pop Terrorist compilation series, was an alternate alias I used to create bizarre sample-heavy Hardcore mashup-style songs, in a manner similar to artists like Sampling Masters Aya. The release contained music I either had just finished or felt proud of at the time, and was actually the first opportunity I had to showcase it all in one place, besides Myspace. The NGT alias only lasted throughout 2010.

Futureworld Records got in contact with me after the initial social media impact of my remix of “Language” by Porter Robinson. They helped release my first two EPs, as well as my first album, Blooming. I signed to the label just months before the release of my song “Youth” on Clubland X-Treme Hardcore 9 in 2013, as the first American artist aboard. It was a very neat experience to be on the same record label as legendary names, such as Mark Breeze, Darren Styles, Hixxy, Gammer, and Modulate (now known as Stonebank).

How did you get the opportunity to work with Kyle Ward (of Step Revolution)?

I created a Happy Hardcore bootleg remix of his song “Delirium,” after playing it on In The Groove countless times at a local arcade in summer 2010. It was briefly shared on Soundcloud and Youtube in 2011. Kyle then reached out to me over Twitter to let me know that he heard my remix and was interested in placing it in his game ReRave, along with an original song of mine. More recently, I was requested to do a remix of his song “Kagami,” which makes an appearance in his game StepmaniaX.

How did you get the opportunity to do a song for Arcaea?

In 2017, the lowiro team reached out to me to create a song for their game. They originally had taken an interest in an older song of mine, but at the time I felt it had aged and was not my best work to put out, so we agreed that creating a brand new song would be the best route to take. “Blossoms” is lighthearted and refreshing, and I felt that it worked better with the context of the rest of the game.

Tell us about your contribution to the free Stepmania game Club Fantastic.

I contributed two songs to the game Club Fantastic, “Dysangel,” and a remix of “Oceania 909” by xaimus. “Dysangel” was my homage to the Hardcore sound that was prominent around 2004-2007: the weird sound effects, sparkly Trance riffs, breakbeat fills, all with a modern twist towards the end – more relevant to the styles I produce currently. The “Oceania 909” remix features a reinterpretation of the elements from the original song, in a more Trance-driven, psycore soundscape.

Tell us about your latest release, “Dark Arts” from Attack the Music.

The concept of “Dark Arts” came to me after creating about 7 songs for it, before choosing the final 4. I had noticed a theme tying all of the music together – elements from genres such as Classic Trance, Hardcore, Psycore, Neurofunk, and Jump Up – and I represented the theme in a cohesive song selection. “Dark Arts” was titled as such because all of the music for the EP was created at night. I enjoy the ambiguity of the title, since “dark arts” in most contexts usually suggests something along the lines of wizardry or ancient powers. The titles and overall feeling are not necessarily “dark” in an “evil” manner – it touches more on the concept of “dark” as more arbitrarily “the absence of light,” and everything immersive within that specific soundscape.

All of the song titles are also related to the concept of nighttime, a setting in which I am most productive. I wanted to showcase something loud and technical, but at the same time,  demonstrate tighter and more to-the-point songwriting in comparison to past releases. I also returned to the older style of riffs I would write in earlier years, not only for the nostalgic factor, but also to demonstrate my learned fluency and adaptation from observing the evolution of EDM, along with its more niche genres, over time.

What do you like to listen to in your free time?

One of my favorite activities is to listen to music albums all the way through. Some of my favorite albums include “Afterburner” by Dance Gavin Dance, “Awake” by Tycho, “Threads” by Now Now, “White Pony” by Deftones, and ”Without You I’m Nothing” by Placebo.

A new staple in my late-night listening has actually been meditation and binaural beat drones to leave playing in the background, along with some kind of repetitive DJ set, together. It surprisingly puts me in a better state to sleep in. Most of the time, this results in me randomly waking up at anywhere from 4 to 6 AM, with all of the lights in my room still on.

Surprisingly enough, I’m not someone who constantly listens to music during the day. I feel as if I have to actually dedicate time to it in order to fully enjoy it. Passively listening to music is pretty difficult for me unless I’m doing something like exercising.

What’s the weirdest thing you’ve thrown into one of your DJ sets?

As far as the most out-of-context music goes, I used to play synthwave and chillwave music during Hardcore sets in attempt to break the repetition. I honestly try to cram as much “weird” music into sets as possible, but I think the most unique song I have encountered within the past few months was “BOYEI” by Kai Whiston, a very abstract and abrasive Hardcore-adjacent song that absolutely plows through DJ sets wherever its placed.

Judging by your Twitter, are you a fan of the Armored Core games?

Yes! I enjoy most video games that contain giant robots. I don’t really play video games as often as I used to, but I enjoy revisiting classics from time to time. Puzzle games are a close second.

Judging by your Instagram, you have a unique sense of fashion. How would you describe your taste in clothes?

Thank you for noticing! I think my tastes have kind of transformed and refined over the years as I have gotten older. I used to be very into Japanese punk fashion when I was a teenager (Sex Pot Revenge, h Naoto, Hellcatpunks, etc) and liked to borrow many concepts from goth, emo, punk, and scene (band t-shirts, skinny jeans, platform shoes, etc).

Currently, I take a lot of inspiration from mid-90s to early-2000s outfits; mixing slim-fit with oversized-fit, mixing patterns, and mixing formal with casual. I usually try not to box myself into one style. When I lived in New York, I used to be really fascinated by luxury and designer brands, but not so much anymore. My favorite designers are Raf Simons, Rei Kawakubo, and Vivienne Westwood.

What are your plans for the future?

I recently finished putting together a music video to go along with an upcoming single, so that may be revealed in some form at some point soon. Other than that, my brain does not allow me to plan for the future for some reason.

What do you want to say to your fans ahead of your set at Shakunetsu Horizon?

I hope everyone enjoys all of the unreleased music!