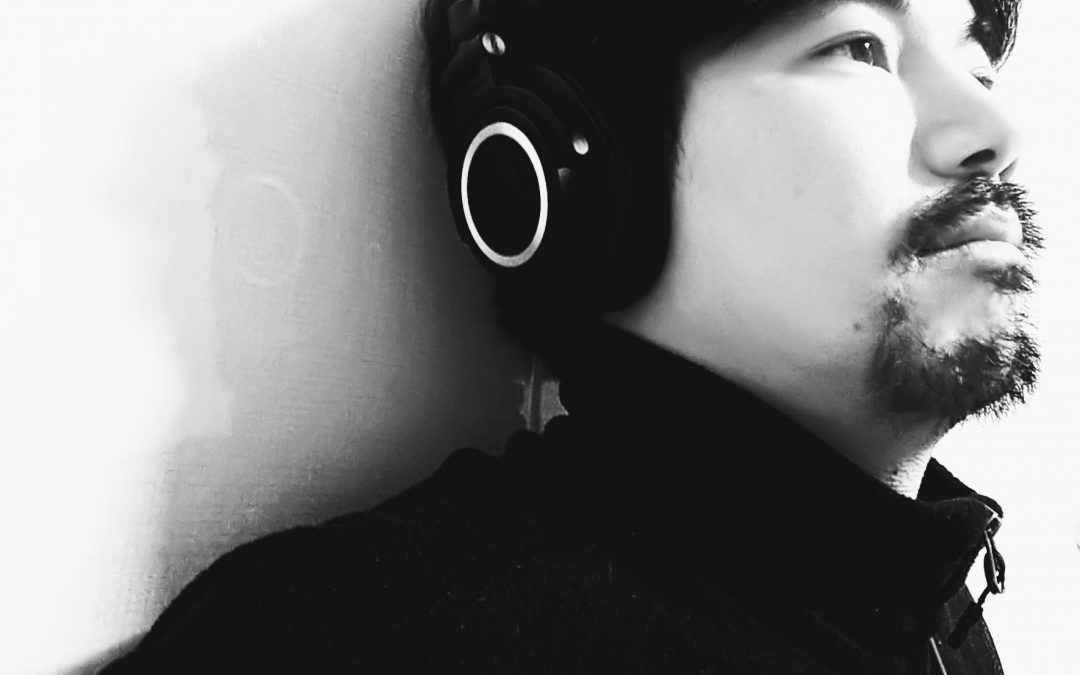 With the rising popularity of Korean and SEA music games around the world, we reached out to Paul Bazooka, a Korean music producer who makes songs for games such as the DJMAX series, Pump it Up, MUSYNC, and many more.

In January of 1997, I moved to a small town near LA from Korea. I was preparing to enter an art university at that time, but I gave up because of financial difficulties. So, I started to do music as a hobby.

I found out that there is a big difference between playing a musical instrument and writing music from my own head. I chose the computer as the medium to write music. In the beginning, I started my career with the aim of creating a new combination of techno and hip-hop.

I was interested in hip-hop from the west side, so I needed to create beats that people could rap to. At first, I composed music using DOS TRACKER.
However, I realized that I liked techno, big beat, and heavy metal as much as I liked hip-hop. So, that’s when I came up with the idea of mixing techno and hip-hop beats, which was a new concept at the time.

When I discovered music at a rave club in San Bernardino and the outskirts of LA, I remember thinking of it as a research project.

Then about two weeks later I got a call that I passed the audition, but it was weird that I didn’t hear from them after that.

He then apologized for doing that.

I’ve released a lot of digital singles on underground music websites, such as millim.com
I had 13 members, but after I went into military service the crew was disbanded. After that, I stopped making hip-hop and went on to become part of the first generation of trance and house music in Korea. However, electronic music was not very popular at the time.

Eventually, I got to know the president of an agency, and after a simple test,
I joined Major KPOP as a producer.

In 2004, while producing Shibuya Kei (2Step House UK Garage) style album, electronic music was still unfamiliar to Korean society. It was difficult to find investors, so I quit.

Most of my early work in 2008 on DJMAX was made with Reason and Cubase.
For the DJMAX vocal song Deborah, I used Presonus Studio One.

I think it was winter in 2006. At the time, a company called Pentavision (now incorporated as Neowiz) advertised for a game music composer. I heard that quite a lot of people applied, but I was the one who passed the final interview.
The interviewers were legendary rhythm game composers, CROOVE, BEXTER, Planet Boom, and FE.

What’s really fortunate at the time is that CROOVE has heard of me and listened to my music for a long time. So, I decided to work as an employee, but I became an outsourced worker due to internal circumstances of the company.

It is designed for the DJMAX TRILOGY. I submitted “The One” as the first song, and CROOVE said he liked it. I received a lot of songs from CROOVE for me to remix. Eventually, people started to say, “Who is this guy and why is he remixing CROOVE’s music?”

That’s when I became more well-known.

“We’re All Gonna Die” is my first true boss music. I received a request from BEXTER, the general director of DJMAX RESPECT. His asked me, “Please make a song that would make people feel helpless and scared of dying.”
So, after much thought, I decided to go with a Neuro DnB style. I worked especially hard to make a song that fit the rhythm game. Moderate speed and moderate grooves. It was imperative to know how to execute this well.

Unfortunately, I found out that there were some people who have committed suicide due to social phenomenon at that time. I put my heart and soul into this song in hopes that such a thing would never happen again. You may think that everything would reset or disappear after your own death. However, this would negatively affect your family and the people around you. I just wish for everyone to be healthy and happy.

This song is dedicated to salty old gamers like me. The background animation and the story have those elements. I think I’d be the first to make a song that makes others feel like they lost, even after they beat the game. I think this is more like a black comedy rather than a joke about gamers.

It was a request from the director, BEXTER, to make a sequel. I had to create an atmosphere of Kung Fu with comedic elements.

I composed all the songs, lyrics, and vocal melodies.

The job with Pump it Up was introduced to me by a musician named R300K, who was close to the Andamiro company. Rayark’s VOEZ signed a contract with a Korean-Chinese manager who worked with me at the time. After that, I joined Cytus 2 with Rayark. I’ve never worked with OverRapid, but they collaborated with Musync, which is why my music ended up in that game.

The music I’ve been composing on my own is very dark and avant-garde. It is far from popular. Of course, it’s different from the music I make for games. Specifically, it’s the same type of electronic music that was unpopular 20 years ago. It’s far different from the profitable pop genre. [Being able to make my own music], even without breaks, is very rewarding to me. On the other hand, to make game music, you have to make some compromises along the way.

Since I have a lot of experience in composing music for rhythm games,
most companies don’t make any specific requests. They often want me to be quick. They want me to work on projects that are interesting to me. Plus, they want me to give them my best work.
They would say something like, “There is a lot of demand for house music right now and I know you are very passionate about this genre. Would you like to work on this?”

Specifically, “Enemy Storm” was the hardest. CROOVE is a perfectionist. I learned a lot while working with him.

It’s similar to the character and tactics of World of Warcraft’s raid guild, “Nihilum”. choose to try more than others because I don’t think I’m a genius. Therefore, my music production method has been refined through countless hours and repetitive processes. I have been doing music without any code or theory about music or instruments that I can play. I am constantly asking myself, “Where did my music come from and where do I go from here?”

In the early days of 2001, I usually did live performances using Traktor or Deckadance. Nowadays, I use machines like Pioneer XDJ-RX. Currently, I am more interested in doing electronic music or techno gigs using ROLAND AIRA (TR-8, TB-3, VT-3, System-1, MX-1) and Ableton Live.

That would be the Burning Man Festival and I am working on participating as a media artist.

I used to like kickboxing, fishing, Team Fortress 2, and motorcycling.
Nowadays, my hobby is doing sound design with Ableton Live’s basic instruments.

My daughter, who is turning 3 years old, already has a different sense of music and groove. Of course, I’m thinking of having a successor as a fun experiment. However, everyone chooses their own path. Just because I try to influence my children, it doesn’t mean that they will take the same path as me. After all, I think people should decide their own future.

My favorite movie is Back to the Future and my favorite TV show is the Twilight Zone.

It’s like a dream for me to hear from fans outside of Korea. To all the fans who made it happen and to the rhythm game crew who are always trying new things, thank you very much. I hope there will be a time when people say my music ages like fine wine.
I love you all.
This is Paul Bazooka!!!