Why did we pick Scott Brown as our headliner this year? 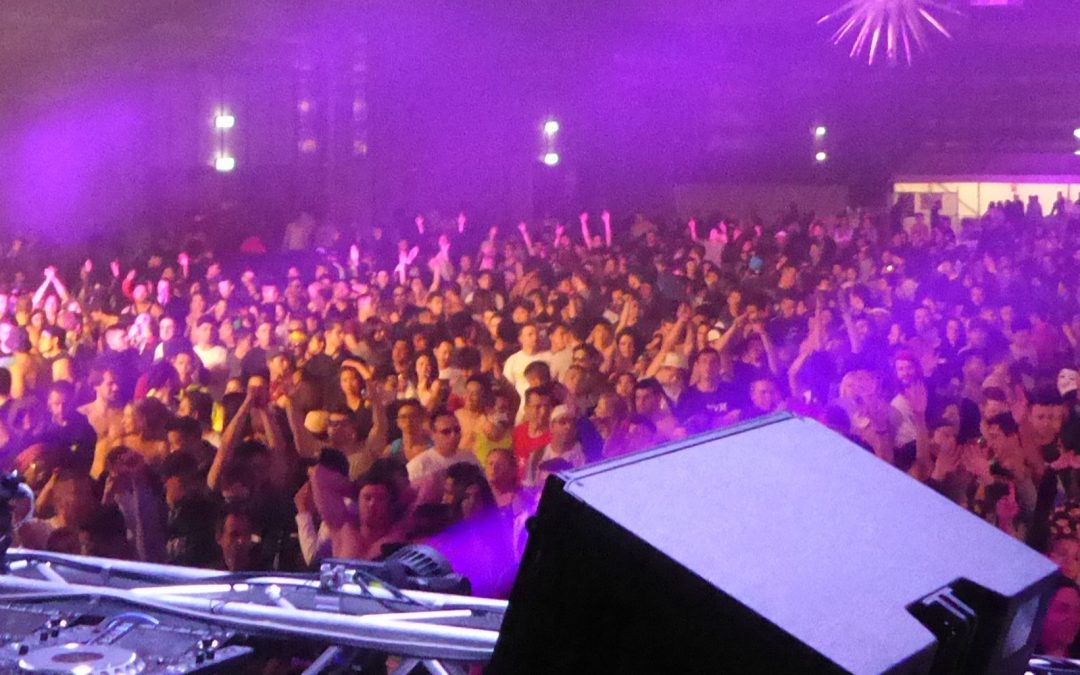 Since our beginnings in 2015 with the exception of 灼熱Summer Night 2, we have featured at least one Japanese guest as our headliner for our annual club show. This year we decided to really mix things up and go with three UK stars: Scott Brown, Tanuki, and JAKAZiD. Why’s that?

Tanuki and JAKAZiD were picked not only because of their long history with the rhythm game world, but for their close ties to the UK hardcore scene. These two producers know each other through their work and compliment each other very well. As for Scott Brown? There is some deeper backstory to get into about why we picked him.

Scott Brown has an interesting history in the rhythm game scene. He has not made many official appearances but his music is very popular in the StepMania community. You can find 4-panel charts for a lot of his music both through individual downloads and through a custom game series known as Mungyodance. I remember back in the Mungyodance days we were seeing songs like Make You Freak, Elysium, Taking Drugs?, How Manny Sukkas?, Boomstick, and much more.

This was my first introduction to the Godfather of hardcore music. I was instantly hooked by his darker style of music. It opened my eyes to the world of hardcore, and I would not have gotten to know artists like Dougal, Gammer, Hixxy, Brisk, and so many more if it weren’t for discovering Scott Brown. In order to find more hardcore to listen to, I began listening to the Bonkers CD series to learn about all the hardcore producers that exist. To this day, the many mega-mixes you’ll find through Bonkers continue to influence my love for hardcore. All of my favorite classics are in one of those mixes and I’ll listen to them for the rest of my life.

In 2008, I began going to raves and any musical events that were all ages in the New England area because I always dreamed of hearing this music live with like-minded people. I quickly got to know a promotion company called Tight Crew. They were and still are the dominating body for running large-scale raves in the region and on a couple of occasions, they booked Scott Brown as their headliner.

I got to see him at two separate events and each time I saw him perform live, I was floored. I could not believe that years later after hearing Make You Freak in StepMania that I would be seeing the man that created it blast it in my face. Scott Brown as a performer is a unique and amazing experience. You get filled with goosebumps with how hard the bass hits at your chest and you just know that you are witnessing an absolute madman behind those decks.

After each show, I was able to speak with Scott one-to-one and I’ve gotten my rave pants signed by him as well as my original IIDX USKOC PS2 controller. Below are the photos of those signatures.

When I was getting the signature on my rave pants, Scott and I had an at length discussion about Go Berserk being in beatmaniaIIDX RED for PS2. Scott mentioned that we was given the tools by Konami to write all the charts himself. He also mentioned that he originally made them much easier, and that Konami kept sending back the chart submissions saying to make them harder. This explains why to this day Go Berserk on [A14] is still one of the hardest IIDX doubles charts to exist. They were written by a guy who had never played IIDX before, just laid out all his samples in whatever made sense to him, and was then pressured by the mothership to ramp the difficulty up.

We later found out that this wasn’t common knowledge after mentioning it to some friends, which leads to why we went with the ‘Go Berserk’ caption for 灼熱Summer Night 5. It’s an easy cop out for us to use a IIDX reference from our headliner, but given the backstory I’ve experienced with Scott Brown, it’s all love and respect.

I am so excited that after all these years, I’ll get to actually work with Scott Brown. I don’t think there is another artist out there that has influenced my taste in music more. Now I’ll get to show Sonia and the Bemani community why he is the best that hardcore has. It’s time to G-Go Berserk!!!

Be sure to buy your tickets now and don’t forget to read up on our rundown of the VIP show where Scott Brown will be dropping music from his Q-Tex alias exclusively for our VIP ticket-holders.